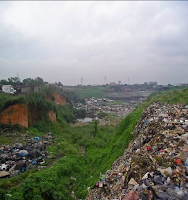 Waste was an early problem of mankind, and a growing one that is of major concern to every nation of the world (Allende 2009). In early pre-industrial times, waste generation was not an issue as populations were smaller. Waste was disposed of in the ground where it would turn to compost to improve soil fertility. Now are days, due to population growth and urbanization, the disposal of waste has proved to be a major public health issue and a vital factor affecting the quality of the environment. This, especially in developing countries has become one of the most intractable environmental problems today. Municipal Solid Waste disposal is now a particularly worrying issue that can be likened to a ‘monster’ staring the authorities in the face. Due to increase in population and illiteracy in developing countries, it is difficult to manage waste generation. Most of the manforce in the governing body is utilized in providing basic services like water, health etc. Waste management particularly generation becomes least priority issue. Unauthorized structures, small shops, construction activities, local markets generate huge solid waste. Local bodies most of the times does not have budgetary support to handle waste generation in better manner. Manforce dealing with waste generation is not equipped enough. Trained, motivated working staff always contributes better in minimizing waste generation.
Wastes: are substances, materials or objects discarded as worthless or unwanted, defective, of no further value for human economic production activities or process (Adegoke, 1990).
Solid wastes: are man’s unwanted materials which are non-liquid and non-gaseous and consist of organic matter (easily biodegradable) and inorganic (non-biodegradable which include metals, plastics, bottles and broken glasses).
Municipal Solid Wastes (MSW): include waste from households, businesses and institutions, construction and demolition waste in small quantities, general solid wastes from hospitals (excluding hazardous wastes), waste from smaller industries that is not classified as hazardous, and wastes from streets, public areas and open drains. It is not concerned with wastes from agriculture, larger industries or the mining industries which normally handle their own wastes. Such wastes are generated in huge quantities in many countries, but the systems for collecting, treating and disposing of them are separate from the systems used for municipal solid waste. They commonly called “trash” or “garbage”, include wastes such as durable goods, e.g., tires, furniture; nondurable goods, e.g., newspapers, plastic plates/cups; containers and packaging, e.g., milk cartons, plastic wrap; and other wastes, e.g.,yard waste, food.
Semisolid wastes such as sludge and nightsoil are considered to be the responsibility of liquid waste management systems. While hazardous industrial and medical wastes are, by definition, not components of municipal solid waste, they are normally quite difficult to separate from municipal solid waste, particularly when their sources are small and scattered. Municipal solid waste management systems should therefore include special measures for preventing hazardous materials from entering the waste stream and -to the extent that this cannot be ensured.

With rising urbanization and change in lifestyle and food habits, the amount of municipal solid waste has been increasing rapidly and its composition is also changing. The increasing population directly influences the municipal solid waste generated in the surrounding areas. Again industrialization affects level of urbanization and increases population levels there by increasing the overall waste generated. The rate of waste generation covers community activities such as commercial, institutional, industrial and markets. It is also related to the economic level of different sectors in the community such as squatters, low, medium and high class residential area. Thus, the rate varies according to the type of waste generators and land use.

Composition of municipal solid waste provides a description of the constituents of the waste and it differs widely from place to place. The most striking difference is the difference in organic contents which is much higher in the low income areas than the high income, while the paper and plastic content is much higher in high income areas than low income areas. This reflects the difference in consumption pattern, cultural and educational differences. In higher income areas disposable material and packaged food are used in higher quantities; this results in the waste having higher calorific value, lower specific density and lower moisture content. In the case of lower income areas, the usage of fresh vegetables to packaged food is much higher. This results in a waste composition that has high moisture content, high specific weight and low calorific value.
Identification of waste composition is thus, crucial for the selection of the most appropriate technology for treatment, taking essential health precautions and space needed for the treatment facilities. Moreover, technology that seems to work for developed countries may not work for developing countries since waste composition varies from countries to countries, differences between geographical regions, between nations, between cities and even within a city. The list of differences between one location and another can be very long. Despite this recognition, there has been no study on the analysis of municipal waste composition in most developing countries. The ‘blind technology transfer’ of machinery from developed countries to developing countries and its subsequent failure has brought attention to the need for appropriate technology to suit the conditions in developing countries (type of waste, composition, etc.).
The composition may be broadly categories in:

Some components of industrial, agricultural and mining waste are together broadly classified as hazardous waste. Household and other institutional waste, such as that collected from public offices, schools, hospitals and business places in urban and residential areas are classified as municipal solid waste.